The next Chapter in our Mexico project is Union San Pedro and as a component for The Filter Blend, it’s one of the milestones of this project.

The Union San Pedro cooperative represents about 200 small-scale coffee producers from seven communities near the town of San Pedro El Alto. Along with being an exceptional example of cooperative organisation and leadership, USP is known for its robust edible agroforestry program. Salomon Garcia, a critical member of USP’s leadership, helped create a network of nurseries and demo plots where commercial crops grow in tandem with canopy trees and endemic plants that can be used for seasoning or medicine.

I had the chance to see one of these demo plots first-hand in February 2020 (right before lockdown!) and have been hoping to work with this group ever since. USP is quite selective about the partnerships they choose, and I feel honoured that this group chose to offer their coffee to us. To me, they represent the distilled potential of Oaxacan coffee producers in general.

Though this is a group effort, Garcia’s passion for the edible forest model and expertise as a farmer promoter cannot be overstated. When asked what he’d like for drinkers of Union San Pedro’s coffee to know, he replied:

“[On a basic level], we want people to know that we are a small group. We work very hard on the organisational structure that is the fundamental basis for us, of working with small producers and have built trust, respect, and transparency over 21 years of working here.

[But most essentially] we’d like the world to know that we are producers who have total commitment to nature. We have worked hard to conserve the forests, as these villages and communities sprung from the richness of the local environment for agriculture.  However, when we started this work, we had to keep in mind that “caring for the forest” does not seem immediately like a profitable endeavour for a small producer. That is why we began to create our “edible forests.”

As a way to try to protect the forest, we started to introduce edible plants, fruit trees, things like cardamom and vanilla, and other alternative crops alongside coffee and the native forest plants. This allowed us to make the case for producers to preserve these edible forests, to ask them to commit totally to nature, to never contaminate it, as it contains sacred food. We asked them to see coffee as part of this sacred food, part of this economic income the producer has every year. This [idea] allows us to maintain forests, springs, wildlife.”

-Interpreted from a conversation between Salomon Garcia and Jamie Isetts, September 23, 2021

Coop members have widely adopted this philosophy of agriculture due to Salomon and others’ tireless training and trust-building over the past decades. Union San Pedro and the communities own and operate their own facilities to produce organic fertiliser, which can dramatically reduce input costs while ensuring farmers know what goes into their soil. They also work in investment projects for local businesses like bakeries, supply shops, and community plant nurseries, keeping more economic power in the communities themselves. This is a great example of a collectivist, indigenous network taking ownership over its destiny, engaging in global commerce in a way that does not subscribe to traditionally capitalist patterns.

This relationship was facilitated by Thomas Pingen of Red Beetle Coffee Lab, who also did the quality analysis and logistics for this lot. Our lot is an exclusive blend from producers from the communities of Malvarisco (1600-1700 m) and Tierra Blanca (1700-1900 m). 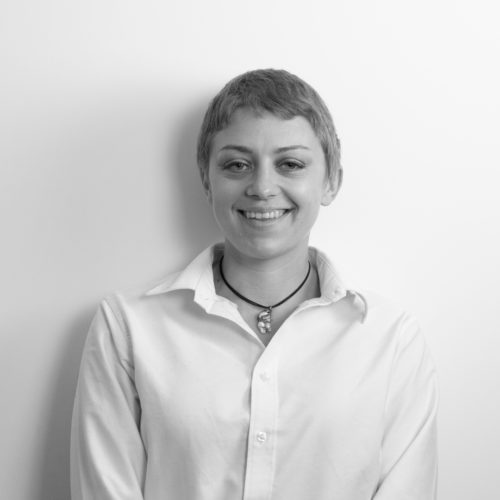 Jamie Isetts manages Square Mile's green sourcing program from her adopted home of Austin, TX. She travels the world to learn from farmers and roasters alike but also makes a pretty great spreadsheet.